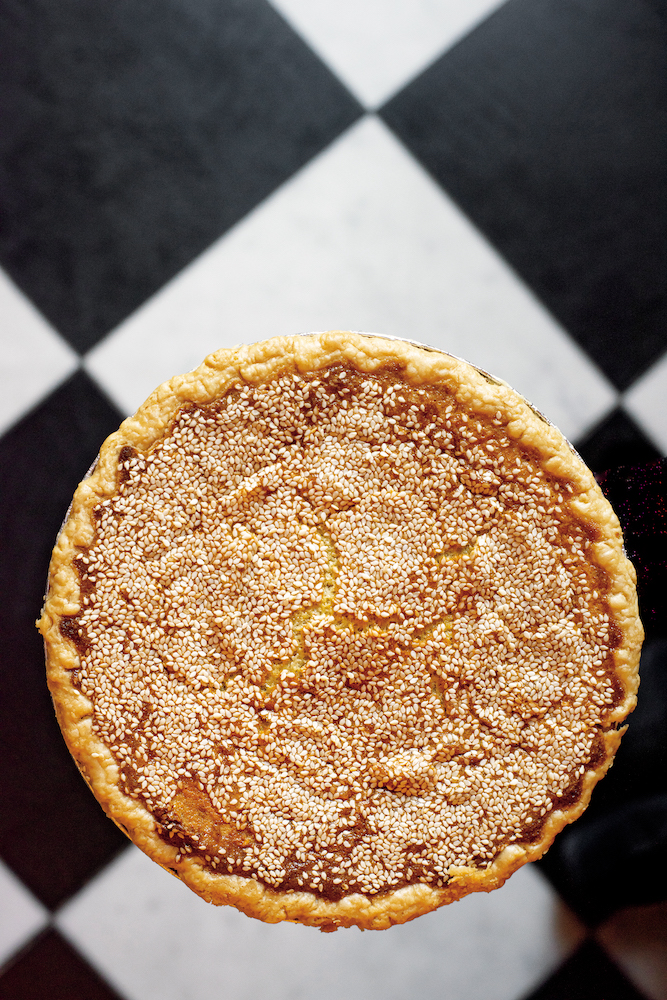 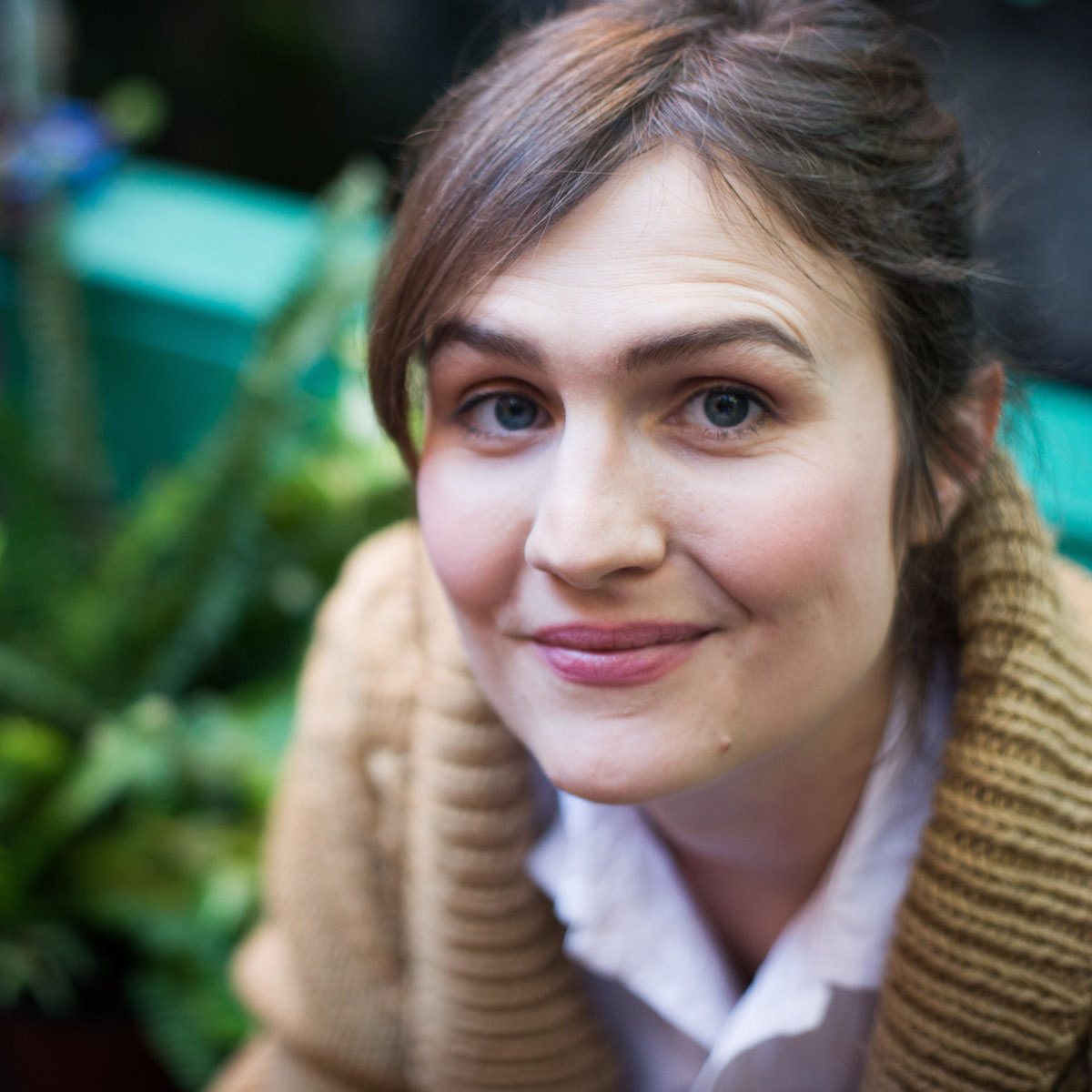 The question that generated this recipe was pretty simple: What if we replaced the butter in a chess pie with a seed or nut butter? To me, tahini was the most interesting “butter” to try. The resulting recipe is a cult hit, especially in our Manhattan location, where we’ve given this pie the efficient nickname “Chessame.”

THE MYTH AND MYSTERY OF CHESS PIE

I had the good fortune of growing up in a pie shop in Virginia, so I’ve always known the buttery, delicious pleasure of the classic southern treat that is chess pie. Before boutique pie shops started popping up in New York City, though, chess pies weren’t much of a thing around here. Still, that hasn’t stopped New Yorkers from appreciating them. From the start, people would walk into Petee’s, order a chess pie, then ask what chess pie is. It’s such a popular question that one of the first things we teach new employees is how to answer it. They’ll usually say something along the lines of: “Chess pie is a southern-style custard pie made with butter, buttermilk, and cornmeal.”

Which is true, except for when it’s not. Chess pie can be found in big swaths of the South, but also in Appalachia and parts of the Midwest. Chess pie always contains butter, but some people will forgo buttermilk and use evaporated milk or cream instead. Some people see no place for cornmeal in a chess pie, but they might use a little flour. Others may use a mix of both. It all depends on the regional foodways and family traditions that a baker is immersed in.

The origin for the name is just as nebulous and undefined. Some people insist that at some point in history, when asked what kind of pie was being served, a waitress answered, “jes’ pie” (just with a southern accent, I suppose). Another explanation replaces the waitress with a plantation cook. Legendary southern cook Phila Hach offhandedly wrote as a footnote to her chess pie recipe in the 1970s: “Chess pie gets its name from chestnut meal, which was used in olden days in place of cornmeal.” So confident! Back in colonial times, which is when many people say chess pie originated, pie chests—stand-alone cabinets that often had perforated metal panels in the doors for airflow—were a common fixture in a kitchen. Chess pie, with all its butter and sugar, lasts quite a while without refrigeration. It could be kept in a pie chest indefinitely without spoiling, so perhaps chess pie is a mispronunciation of chest pie. I just find myself wondering where the T went. Perhaps it’s a mispronunciation of cheese pie?

The English and the colonists made cheese pies with cheese curds, sugar, eggs, and flavoring such as rosewater and spices. The colonial chess pie is similar but omits the cheese in favor of butter. Maybe a linguistics professor can explain to me how cheese might have become chess as an English accent evolved into an American one. But maybe that question is irrelevant, considering that cheese pies didn’t cease to exist when chess pies originated; they existed concurrently and cheese pies were relatively common until they were supplanted by cream cheese–based cheesecakes.

Suffice it to say, I don’t have much faith in any of these explanations, and I don’t expect a definitive answer to be revealed at this point. Regardless of where the name came from, the tradition of chess pie is quite admirable. It takes the most modest pantry staples and turns them into something rich, elegant, and sublime. Once upon a time, milk was seasonal just as much as any other farm product. Butter could last through the winter, though, as could buttermilk. So while a custard based on milk and cream wouldn’t be an option, one based on butter and buttermilk could be, and whatever spices and flavorings were on hand could create endless varieties. And thus, the parameters that hinder one thing become the definitions of a new creation altogether. From there, the tradition of chess pie is up for grabs, so I encourage you to make it yours. 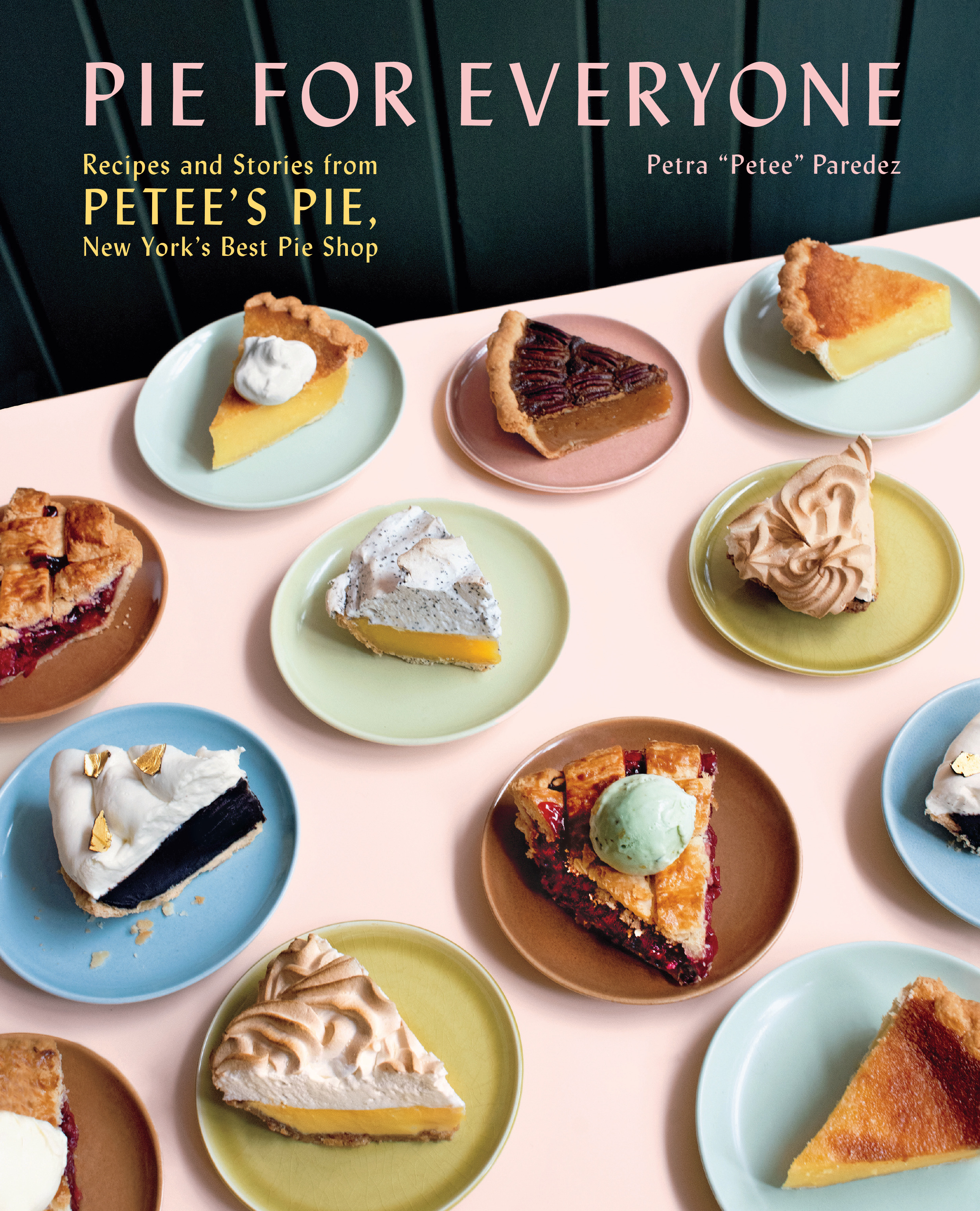 Reprinted from Pie for Everyone by Petra Paredez with permission by Abrams, 2020.