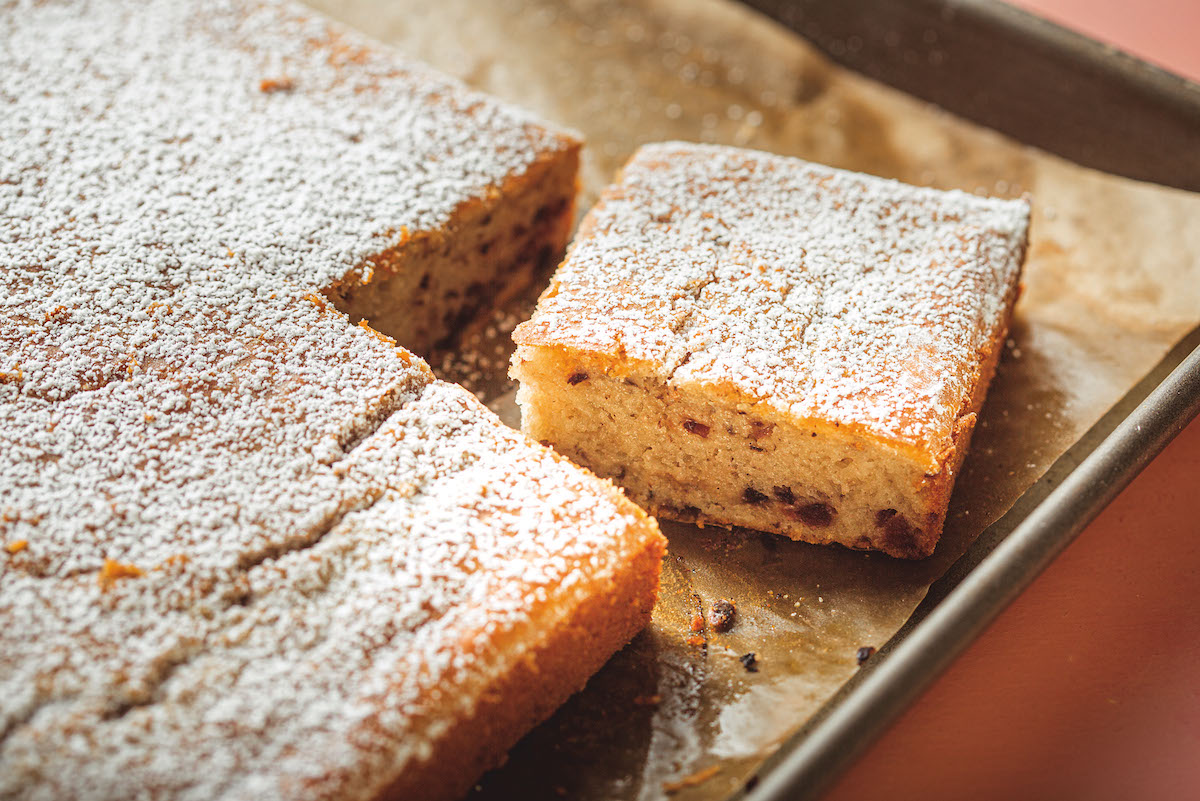 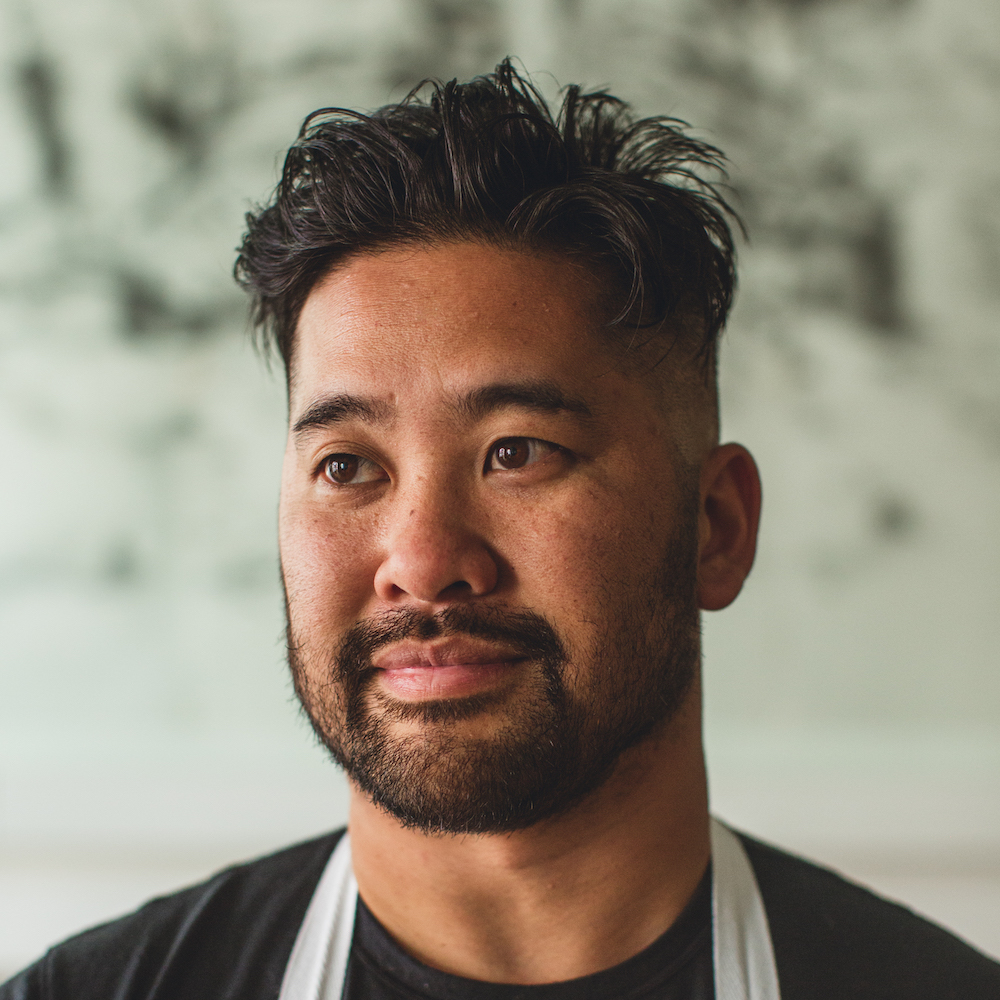 Nián gāo (黏糕, in Mandarin) are the fruitcake of Chinese desserts. The difference is that they’re steamed, not baked, and made of glutinous rice flour instead of wheat flour. But like fruitcake, they show up (sometimes inconveniently) on major holidays. Nián gāo means “sticky cake” and is also a pun for “a year better than the last,” so around the new year, you make it to bribe the Kitchen God and glue his mouth shut, as he’s to report on everything he’s overheard in your kitchen the past year. That classic texture can be polarizing for people who are unfamiliar with it, so for this version, I looked toward butter mochi, a favorite from the 1970s era of Oriental- style convenience baking. Baking turns nián gāo into a cake of wonderful contrasts—still chewy but topped with a golden crust. Winter is peak nián gāo season, so I use brandied cherries, like Luxardo, but feel free to use other dried fruit; rehydrate for fifteen minutes in some hot water, rum, or brandy, then chop into 1⁄2-inch pieces so they stay evenly distributed throughout the cake. 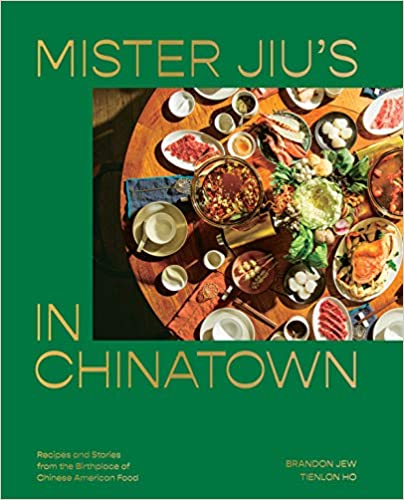 Reprinted with permission from Mister Jiu's in Chinatown: Recipes and Stories from the Birthplace of Chinese American Food by Brandon Jew and Tienlon Ho, copyright © 2021. Published by Ten Speed Press, an imprint of Penguin Random House.