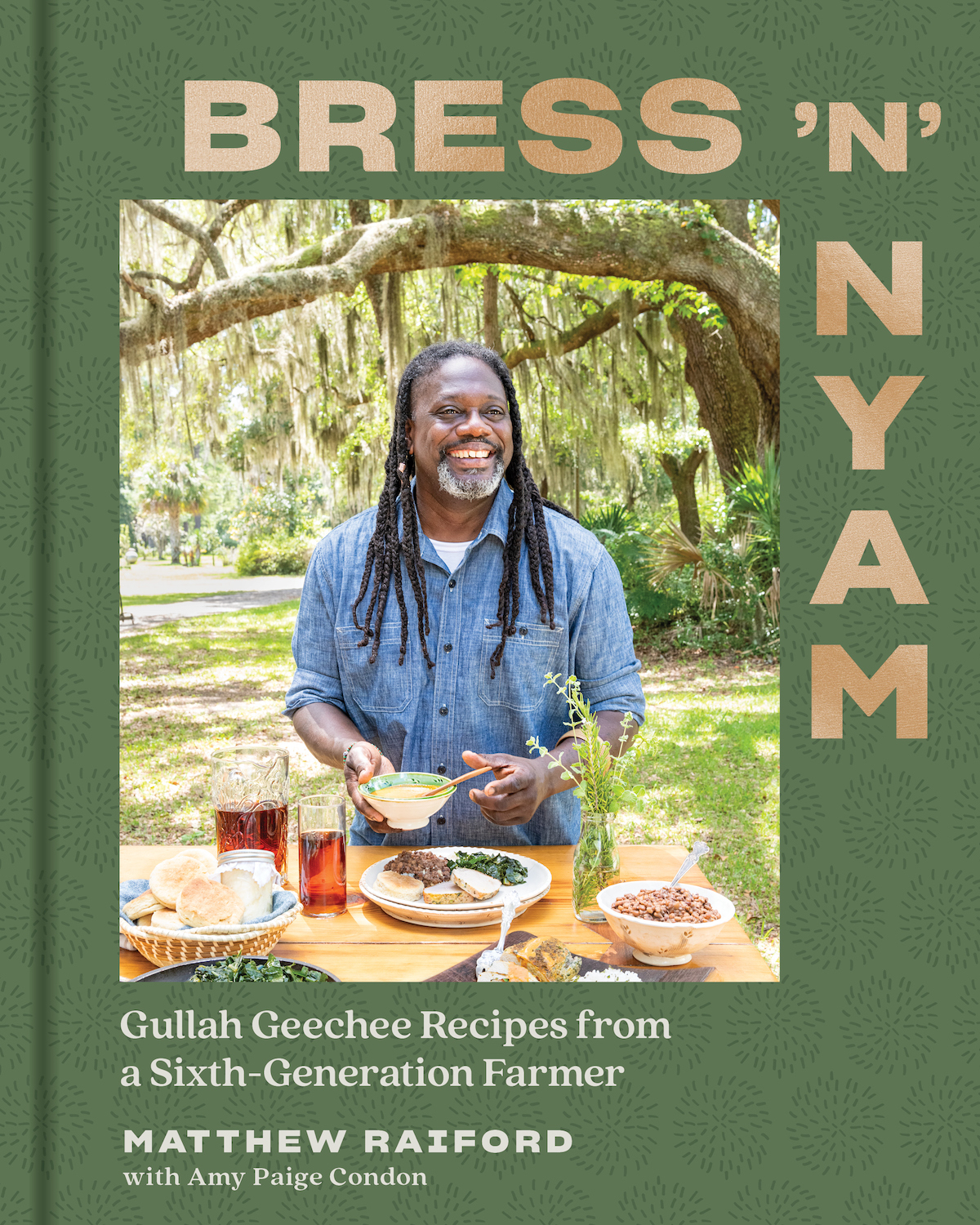 "Really being a sixth-generation farmer is literally coming back home to the land and realizing that inside of what and who I am, and my family as a whole, that this isn't something brand new to us." 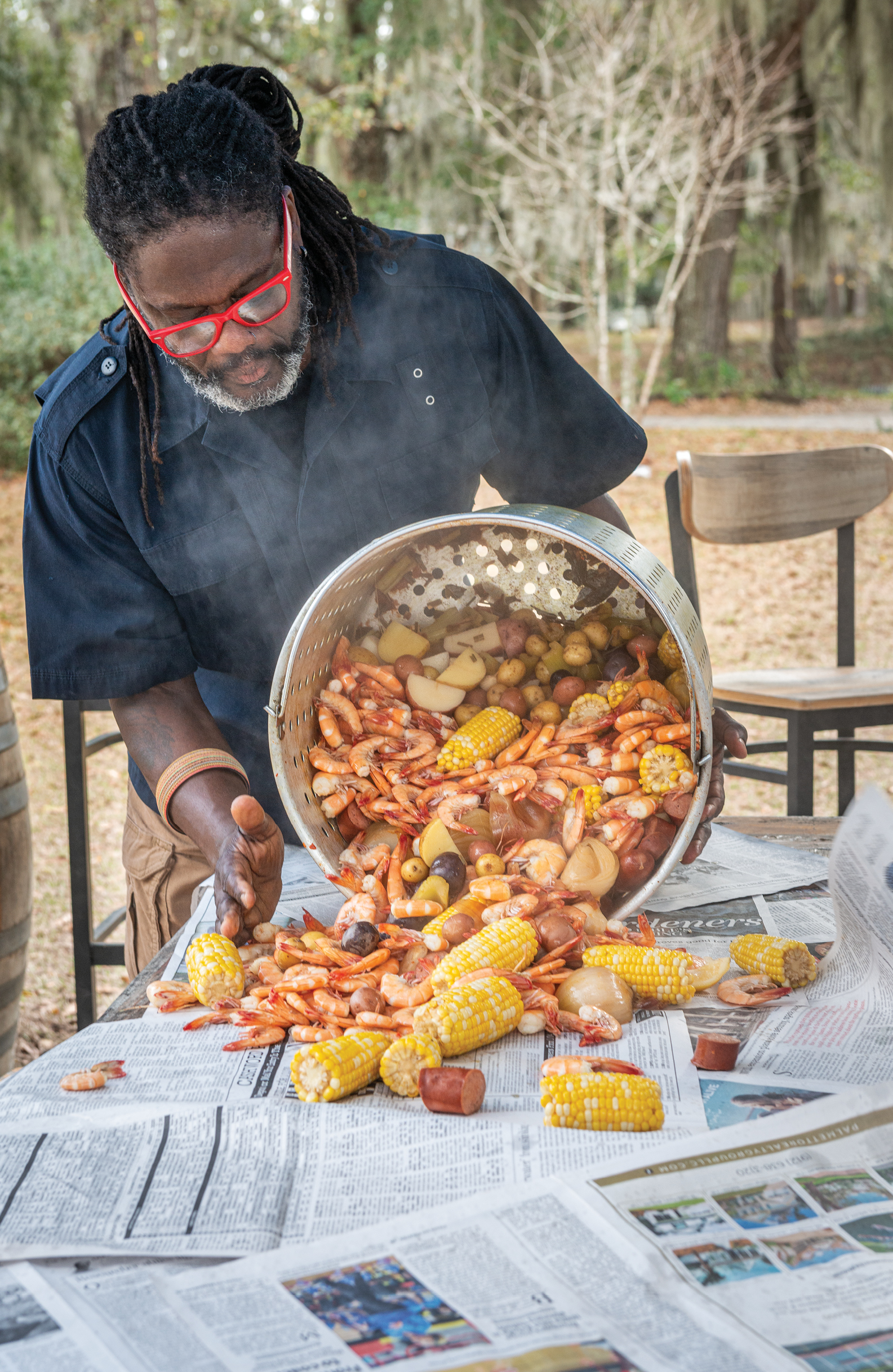 **Today's episode is brought to you by Chronicle Books. Salt + Spine listeners can use the code SALT25 to get 25% off orders—with free ground shipping on orders over $25—through the end of 2021.**

This week, we're excited to welcome Chef Matthew Raiford to Salt + Spine, the podcast on stories behind cookbooks.

Matthew is a self-titled "CheFarmer"—that is Chef and Farmer—and the author of Bress ‘n’ Nyam: Gullah Geechee Recipes from a Sixth-Generation Farmer.

Matthew was raised in Brunswick, Georgia, where his formerly enslaved great-great-grandfather, Jupiter Gilliard, had amassed more than 450 acres of land by 1874. Today, about 40 acres remain—where Matthew grew up farming alongside his grandmother, his father, and his sister, who now helps run Gilliard Farms with Matthew. Growing up, Matthew spent a lot of time in the kitchen, too, where he learned from his family how to prepare many of the dishes he still loves today.

But before Matthew became a chef, he left the South to join the military and at the time claimed he would never go back. During his three tours, he spent time in Germany, Korea, and the Middle East.

And then at age 28, Matthew returned to the States to pursue an education in physiology at Howard University. He quickly realized that becoming a physical therapist would take eight years and gave it up when a close friend told him he ought to go to culinary school instead.

After completing a year of culinary school in Virginia, he decided to continue his culinary education at the Culinary Institute of America in Hyde Park, New York, and later attended the University of California–Santa Cruz where he received a degree in ecological horticulture.

Since 2010, when Matthew’s grandmother handed over the deed to the family’s land, Matthew has worked with his sister as the sixth generation to farm their family’s land. For several years, he also ran a restaurant called the Farmer and the Larder in downtown Brunswick, which led to a nomination for a James Beard Best Chef Award.

Matthew's debut cookbook, titled Bress ‘n’ Nyam—a Gullah phrase that means “Bless and Eat”—is filled with both recipes and stories passed down through generations. The recipes honor the land and the food that it provides and are cataloged into sections based on the elements: Eart (Earth), De Wata (Water), Fiah (Fire), Win’ (Wind), Sweet’n (Nectar), and De Spirits (Spirits). It opens with an ancestral tree and the story of Matthew’s great-great-grandfather.

And the recipes within range from a whole hog, roasted over a pit, to plenty of accessible, humble recipes like Reezy Peezy, a rice and bean dish often called Hoppin John whose roots are with the Gullah Geechee. As Salt + Spine friend chef Todd Richards writes, Bress 'n' Nyam “more than gives people a great appreciation of Black Culture, it further shows the diversity of Black Culture through different shades and hues, with Gullah Geechee cuisine as the Matriarch of the Black Food Family.”‍

CheFarmer Matthew Raiford joined us remotely from Gillard Farm for this week’s show to #TalkCookbooks. We've got a great chat, including our signature culinary game. 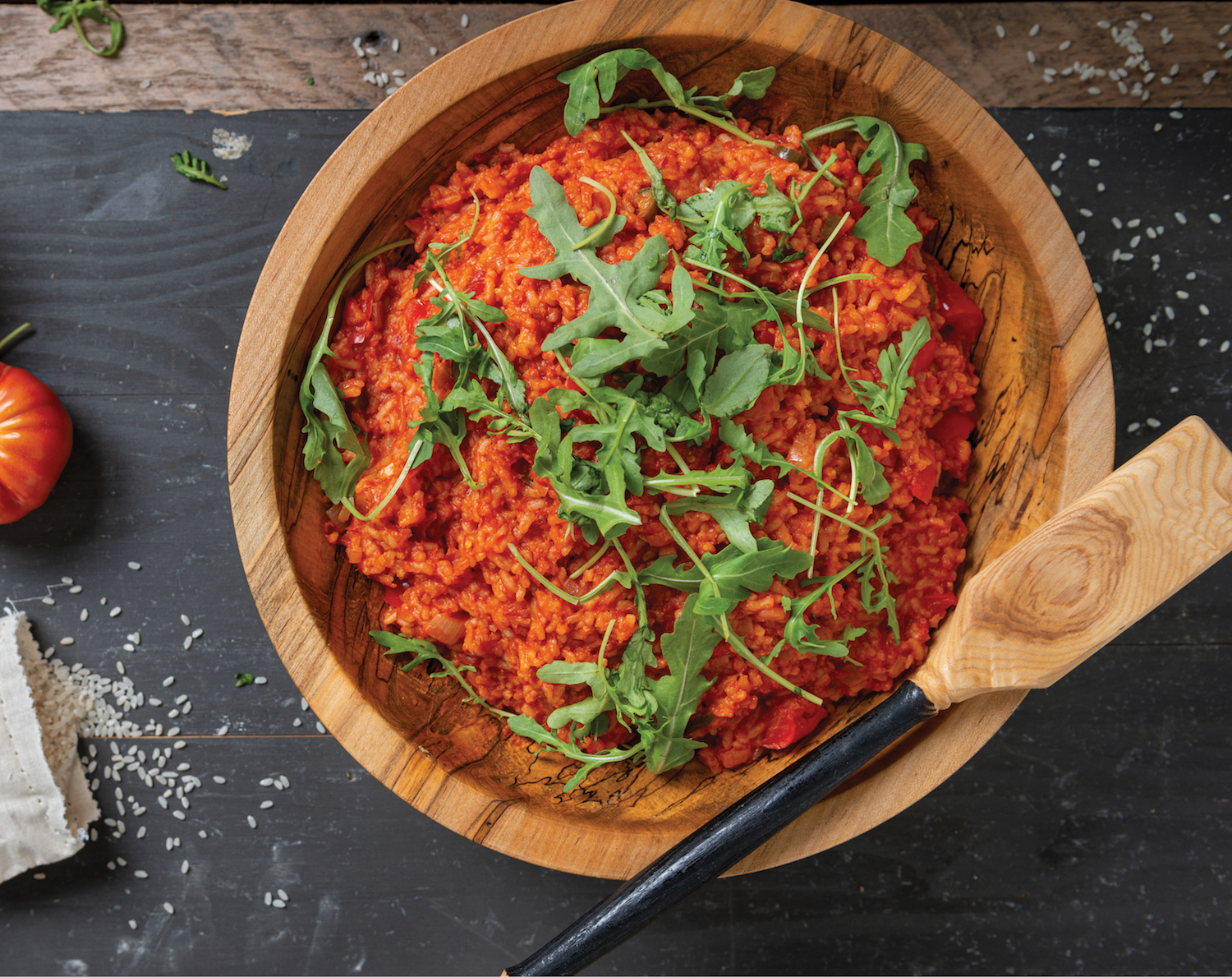 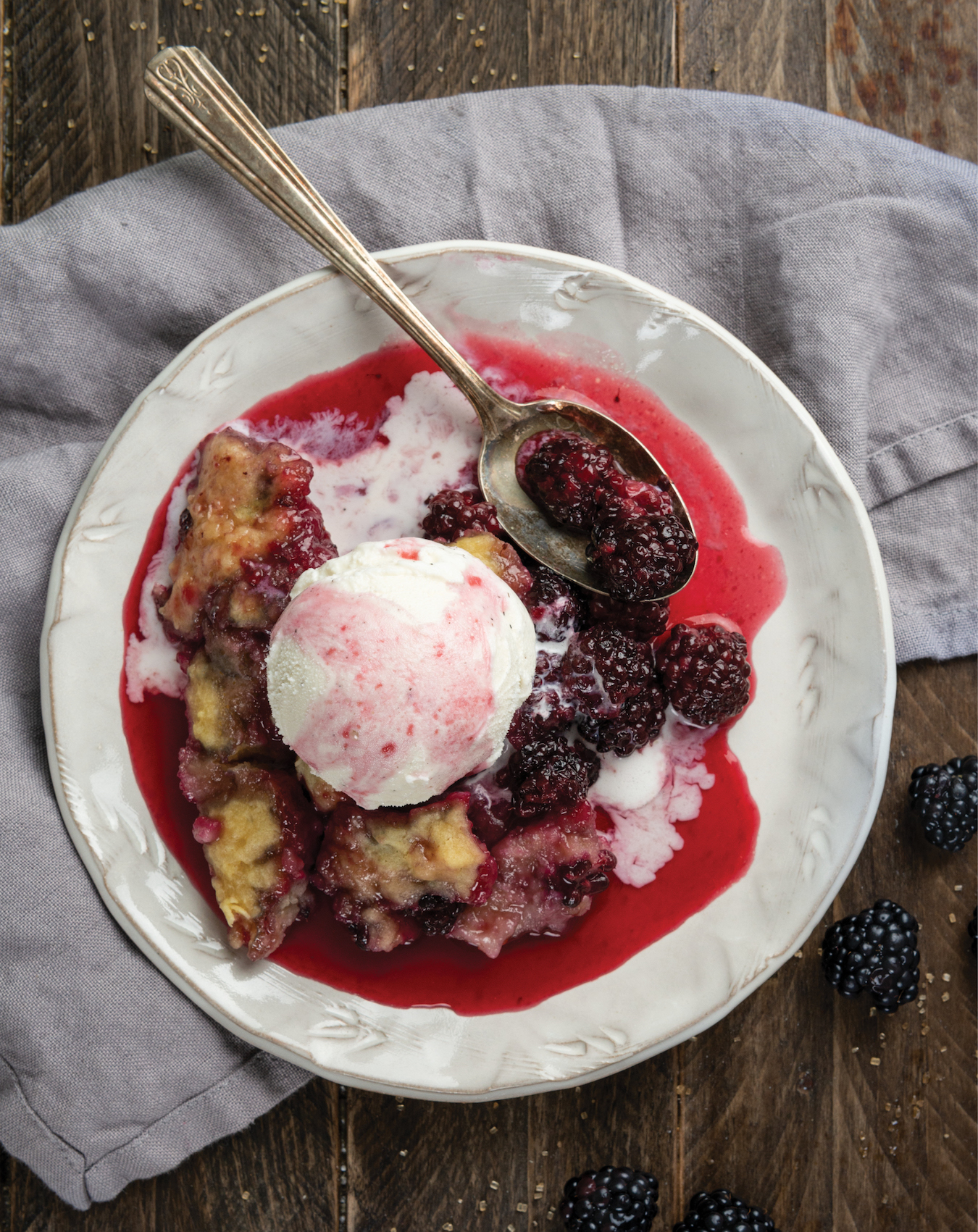 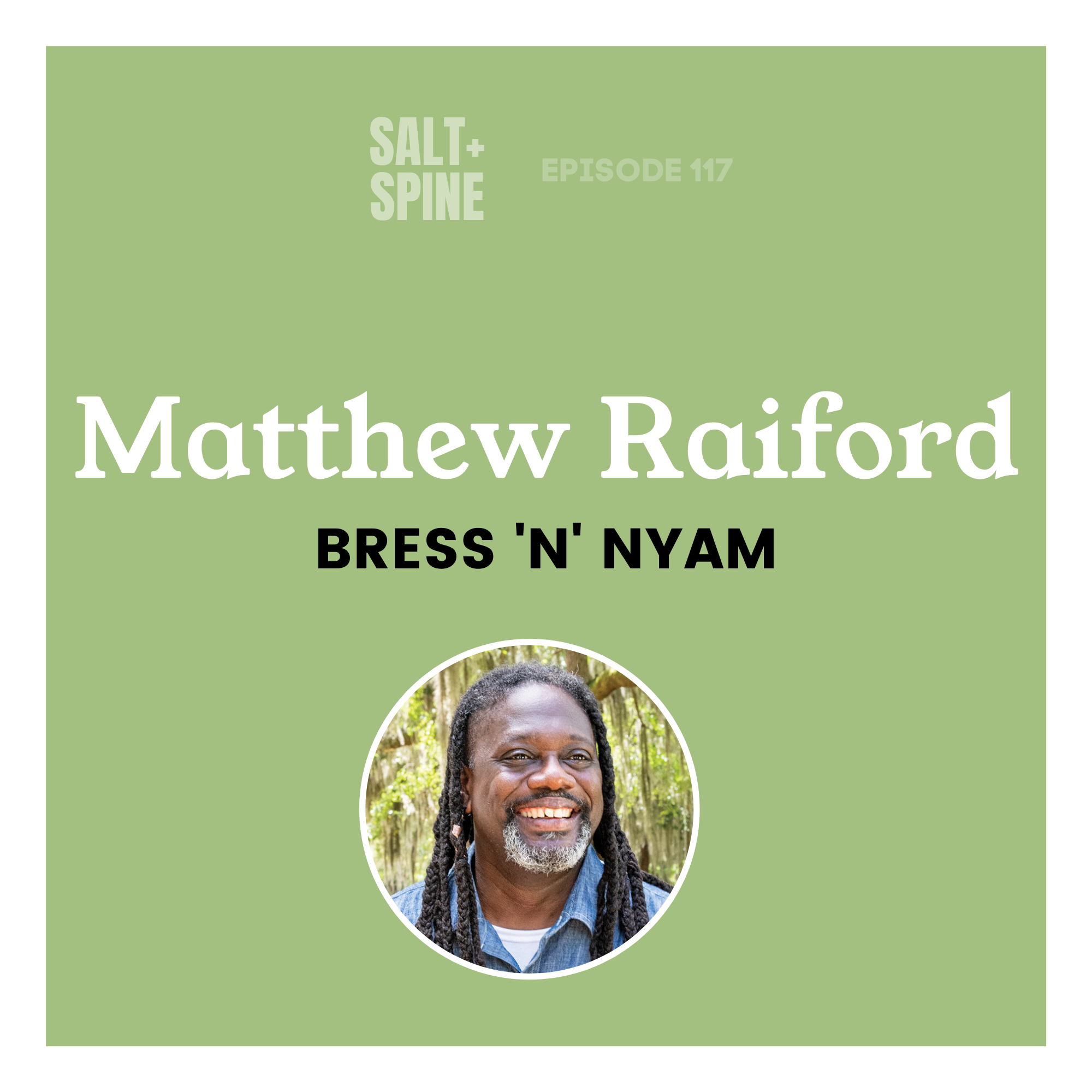