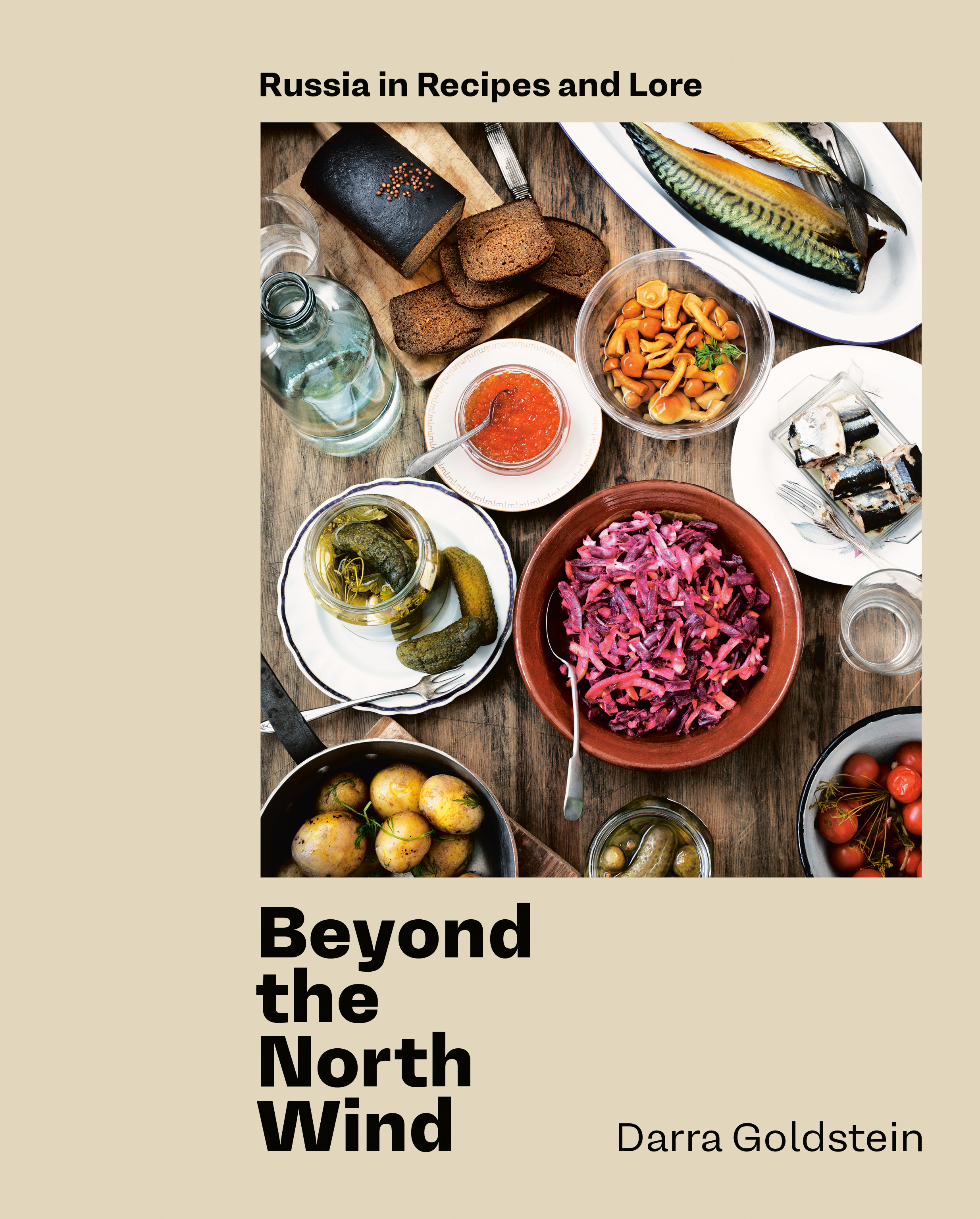 "I would love for people to get over the idea that [Russian food] is bland and stodgy and dull. That it's meat and potatoes. That's a Soviet artifact. … Russian cuisine has all these really exciting flavors … that also give a pungency to the cuisine." 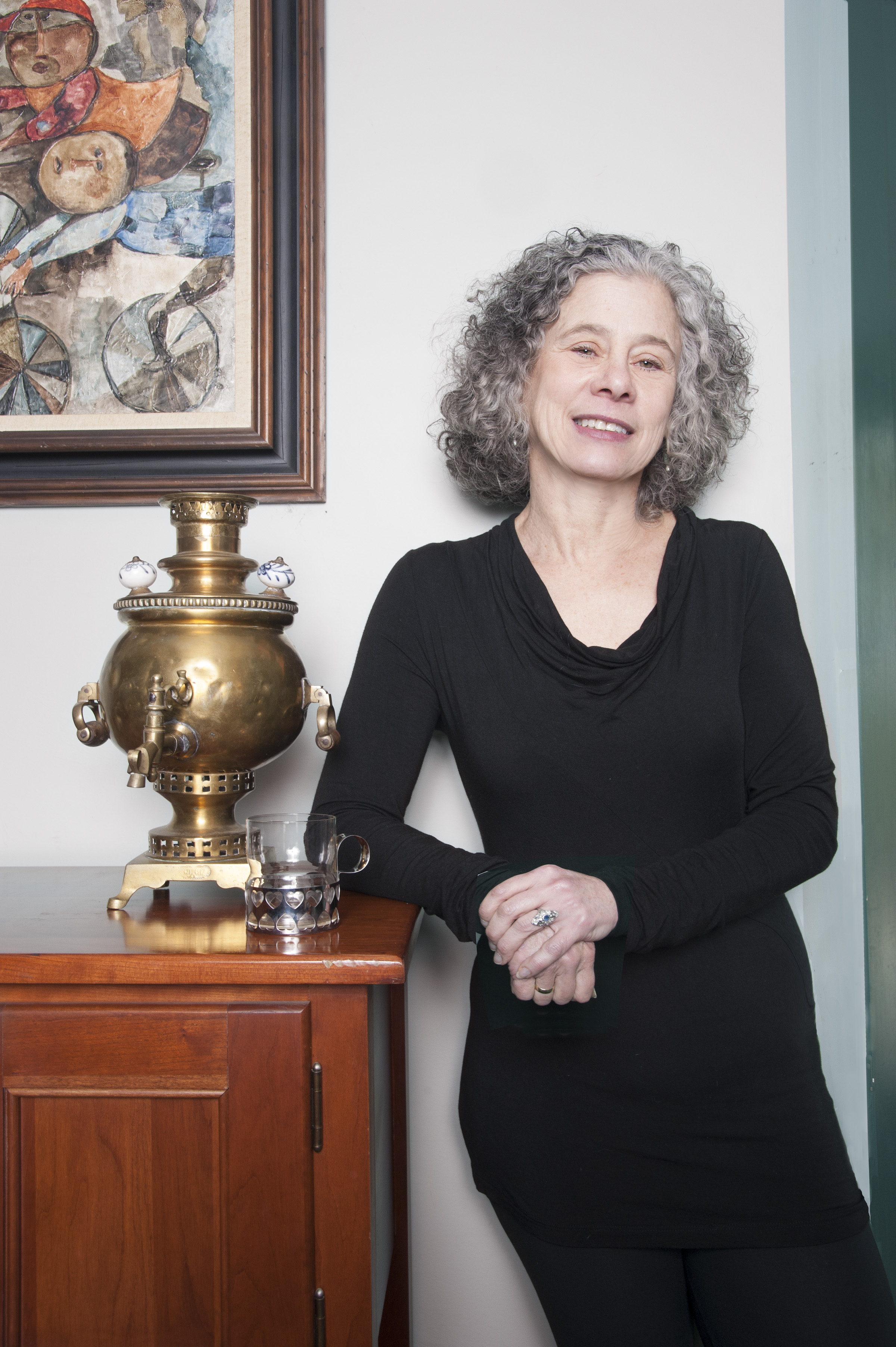 This week, we're excited to welcome Darra Goldstein to Salt + Spine, the podcast on stories behind cookbooks.

In her latest cookbook, Beyond the North Wind: Russia in Recipes and Lore, Darra journeys 200 miles north of the Arctic Circle to the Kola Peninsula, bordering the Barents Sea. It's "one of the literal ends of the earth—next stop, North Pole," Darra writes in the book. She travels here to rid herself of any outside influence and explore the true complexities of Russian cuisine during the country's harsh winters.

Previously, Darra wrote Fire and Ice: Classic Nordic Cooking (nominated for a James Beard Award in 2016) and her first cookbook, A Taste of Russia: A Cookbook of Russian Hospitality, first published in 1983. Darra is also the founding editor of Gastronomica: The Journal of Food and Culture.

Her journey allowed her to discover what's at the heart of Russian cuisine: whole grains, fermented foods, and unique flavors such as sea buckthorn and fireweed leaves. The recipes in Beyond the North Wind offer a refreshing take on old techniques: think Raspberry Kvass, homemade Farmer's Cheese, Russian Handpies, and Buckwheat Croutons.

With a cookbook that's both inventive and inviting, Darra captures the landscape of Russian cuisine both past and present through her elevated storytelling and desire to shed the stereotypes of Russian cuisine. By bringing its history, people, and geography to the forefront, she gives us an in-depth understanding of how Russian food came into existence and how it's evolved.

In today's show, Salt + Spine producer Madeleine Forbes sits down with Darra in a San Francisco café to discuss: 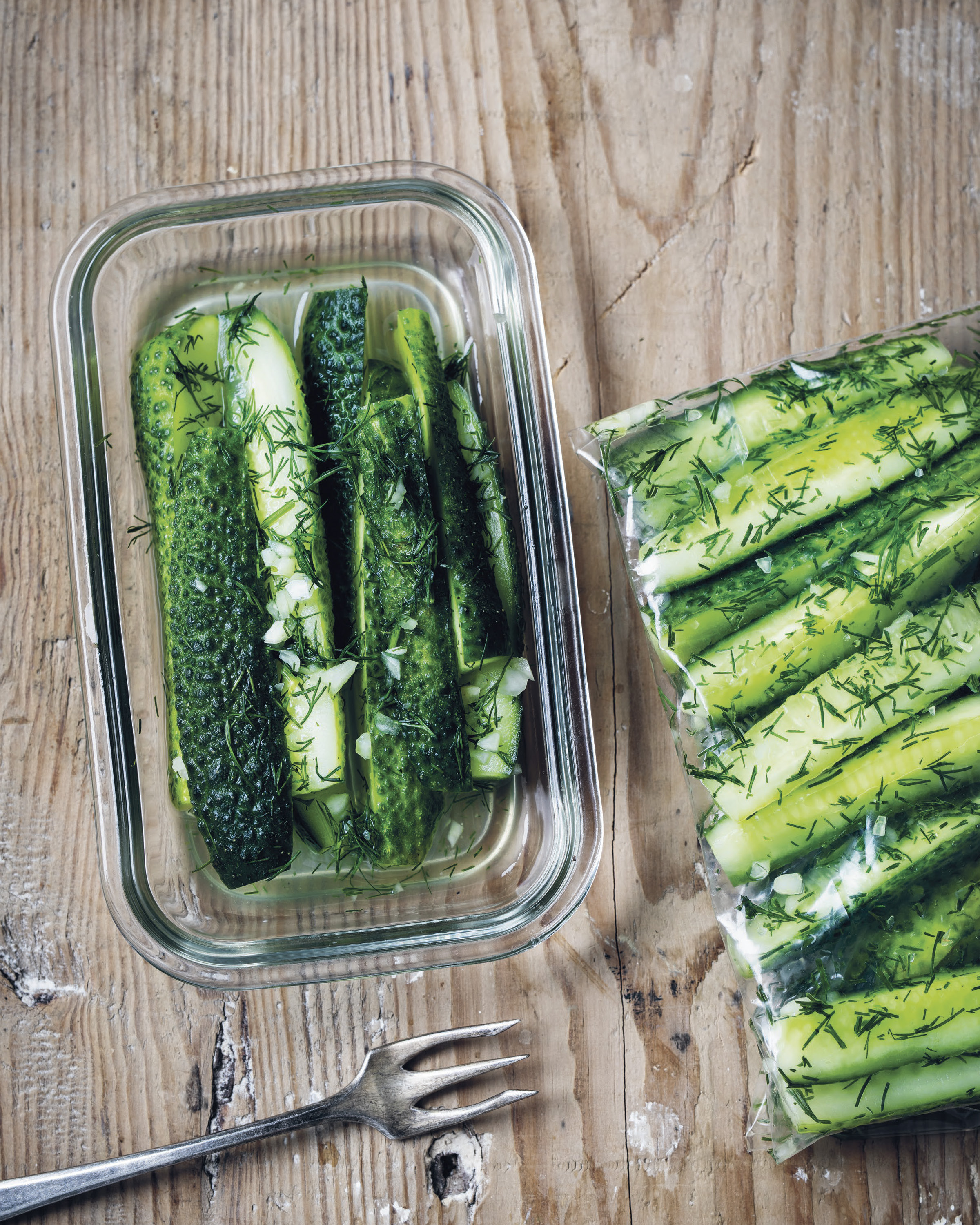 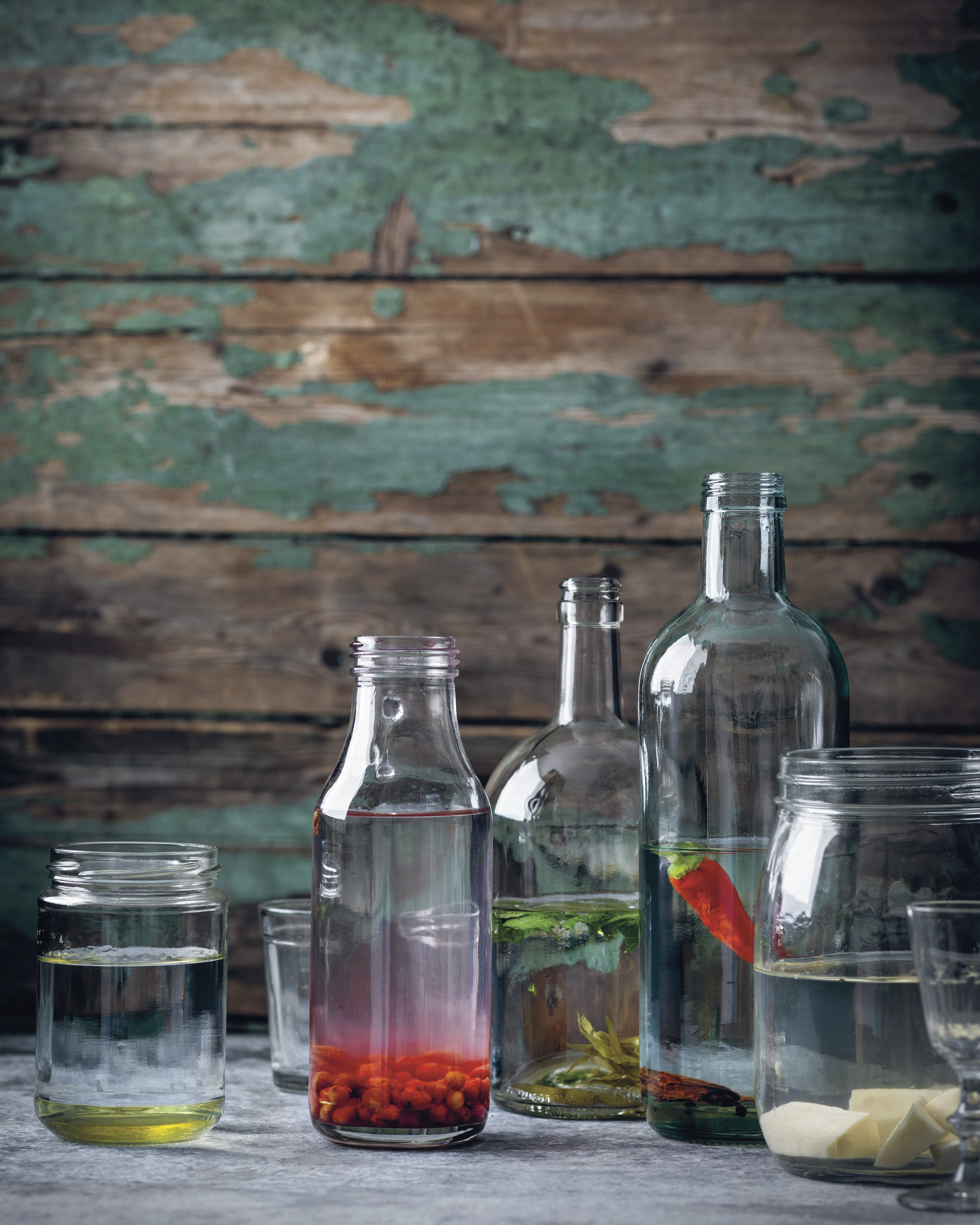 Beyond the North Wind: Russia in Recipes and Lore 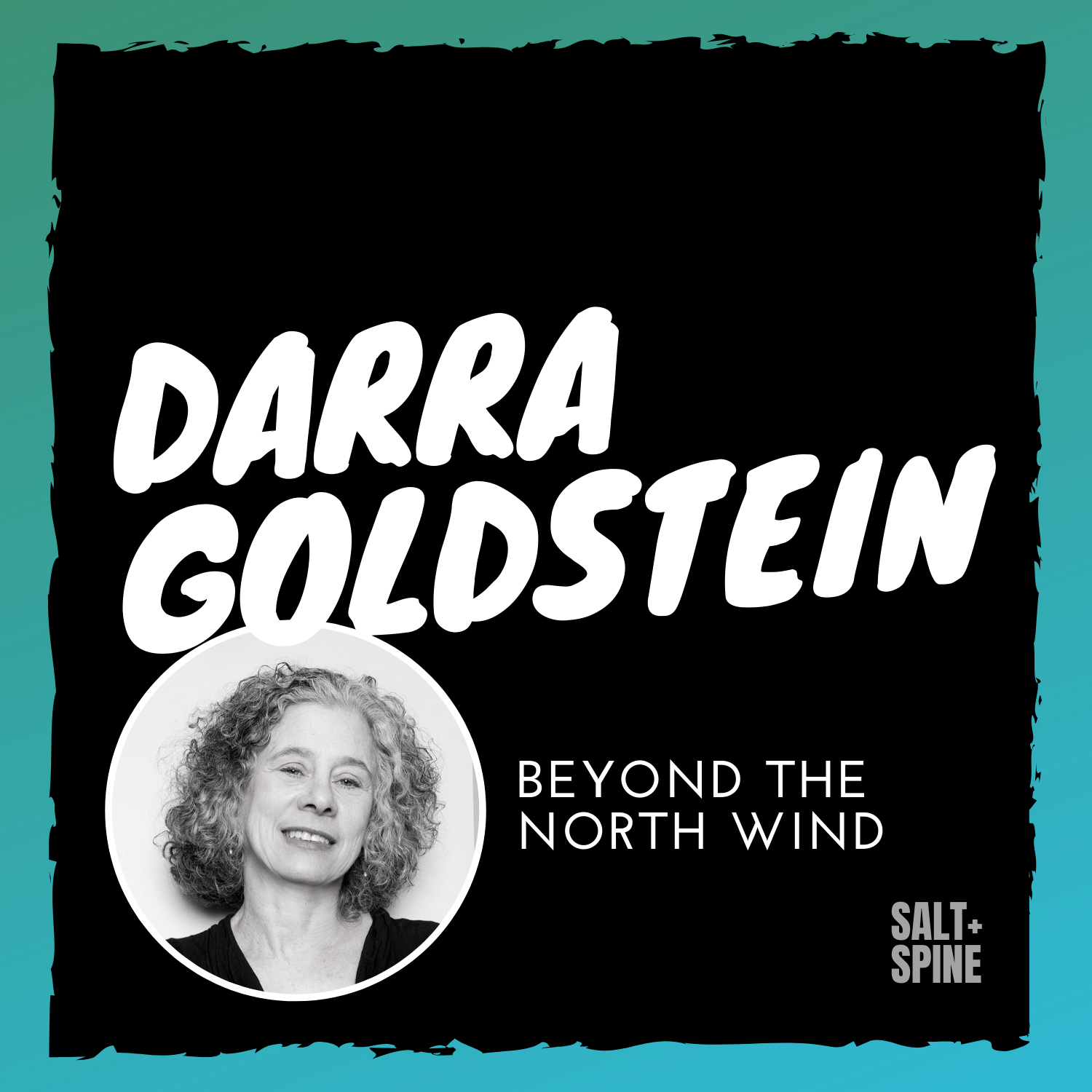